Southport – the city’s CBD is open for business

City of Gold Coast has big plans to revitalise Southport as the city’s CBD. Red tape has been slashed for developers, and significant developments are already underway, including light rail, Chinatown and projects for the 2018 Commonwealth Games. 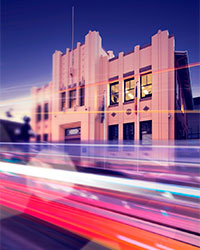 Southport is the Gold Coast’s Central Business District (CBD), and has played a pivotal role on the Gold Coast and in South East Queensland for more than a century. It was one of the first coastal resort towns in the region, later becoming the administrative and commercial centre of the Gold Coast.

The City of Gold Coast is working to revitalise Southport as the Gold Coast’s CBD. A number of significant projects are already underway from both the government and the private sector. Education, innovation, health care, community and recreation facilities are being connected by a $1.6 billion public transport system. Southport is open for business.

“From the beautiful Broadwater to the old Southport hospital site, the core area of Southport will become a hub of innovative business, economic activity, entertainment and leisure.” – John Howe, Committee for Southport. 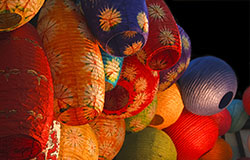 Southport is vibrant and culturally diverse. Chinatown will be the place where the Gold Coast community can celebrate the best of Asian culture and design. Located in the centre of the Southport CBD on Young and Davenport Streets, Gold Coast Chinatown is adjacent to one of the busiest light rail stations, Australia Fair Shopping Centre and the Gold Coast Institute of TAFE.

Southport Broadwater Parklands will be a focus of the 2018 Gold Coast Commonwealth GamesTM with a number of sporting events including swimming, the marathon, gymnastics and basketball to be held there. Stages 1 and 2 of the recently completed $60 million Southport Broadwater Parklands have been embraced by the community, establishing the parklands as a popular destination for recreation, entertainment and sporting pursuits.

Funds for Stage 3 of the Southport Broadwater Parklands Master Plan are being sought to upgrade the northern section of the parkland to the world class standard of Stages 1 and 2. The plan includes reclamation of land for recreation and event space, environmental offsets, new boat ramp and car-trailer parking, finger pontoons and jetty, and accommodates the relocation of the Southport Amateur Fishing Club.

A 29.4 hectare site located three stations away via the light rail from Southport CBD will accommodate 6500 athletes and officials during the 2018 Commonwealth Games. After the games, the facility will provide a residential population of over 3000.